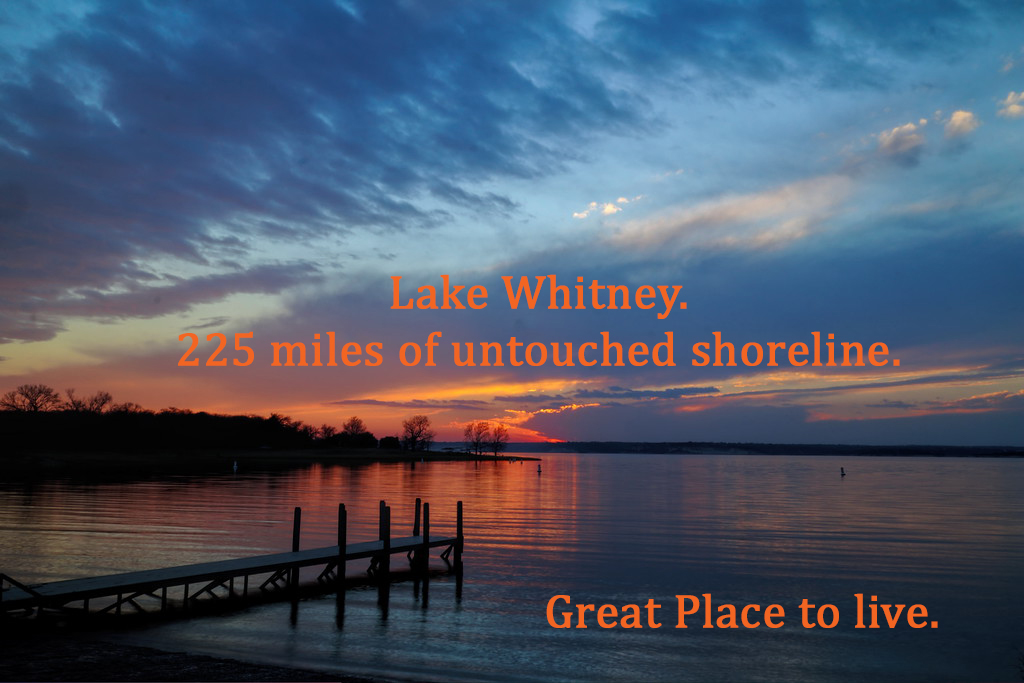 Known by savvy fishermen and water sports enthusiasts, Lake Whitney is the place to relax and have fun. Great striper fishing. Uncrowded recreational waters for boaters. But here is what makes this Texas lake so special.

I live at and absolutely love Lake Whitney. Been here almost 20 years and am the local expert on lake living and White Bluff Resort on Lake Whitney. Ask me about the culture here -- the style of living -- home and property pricing -- the Lake Whitney community and the White Bluff Resort Community. Ask me why folks just enjoy life more at Lake Whitney. And be sure to ask me why this is a hidden gem in north Texas as well as the most affordable lake for a full-time or weekend home. Ask me anything. I am happy to share what I know about our wonderful lake community. Call me at 254-694-1111. Or check out LakeHomesLakeWhitney.com I am the local Premier Realtor for LakeHomes.com -- the largest national brokerage that specializes in lake property. More people search our site when looking for a lake property. View All Posts